The ETW operates at about 110° K which makes -163° C using pure nitrogene at 4.5 bars instead of air. Not an environment you would feel comfortable in. Off days are very unlikely because of the tremendous running costs. Even more unlikely is the opportunity to receive customers permission to publish captures of the test section including a mounted full span model. After working for over one year on the series and presenting both the concept and the previsuals of postproduction we finally got that permission.
Two great advantages capturing the series had been the facts that both most parts of the tunnel are not illuminated at all and any light must not have been installed in any part of the tunnel to protect surfaces. Third challenge had been that we first had to capture all the motifs outside the test section so practically we had to start with the end storywise. 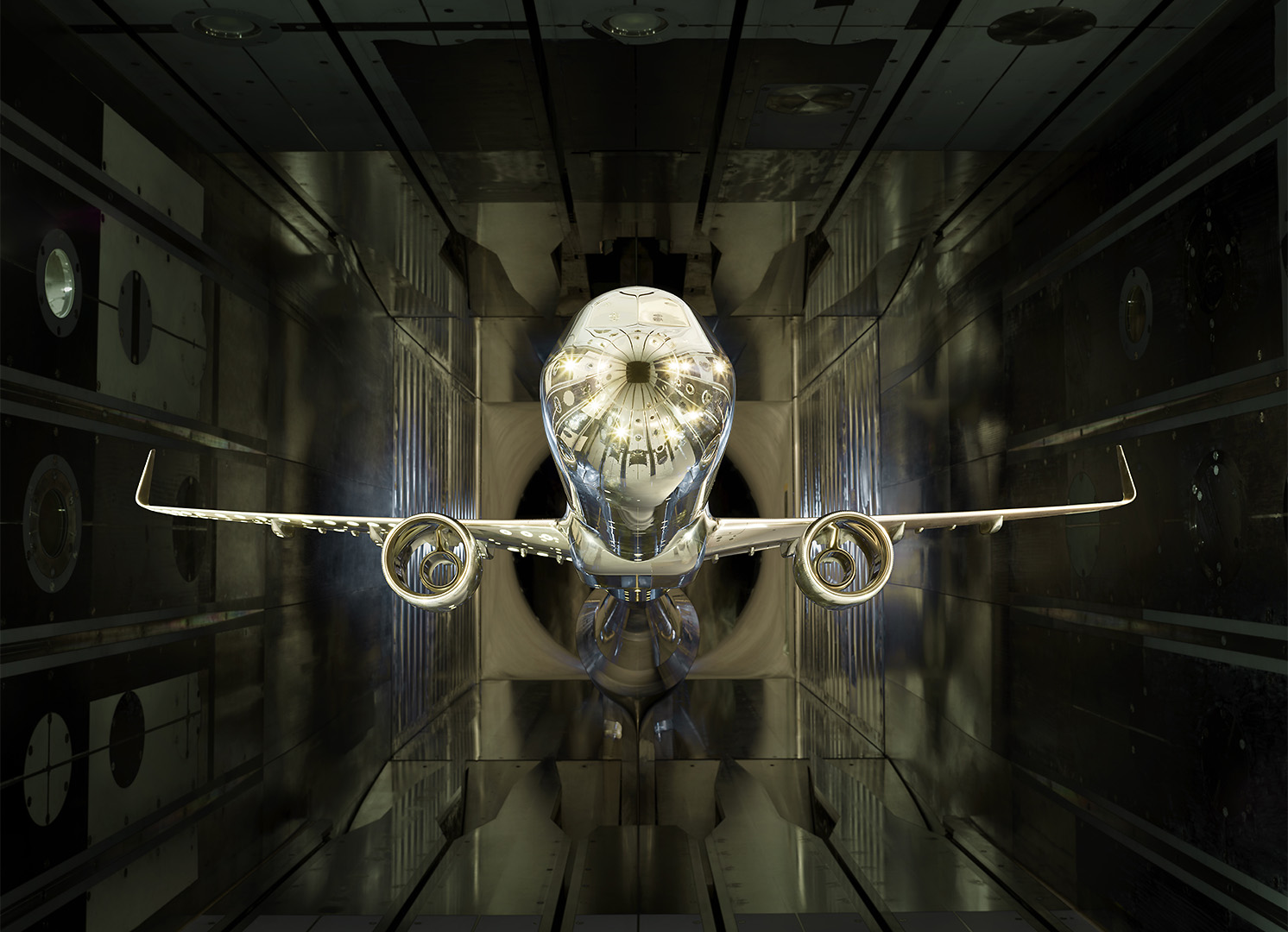 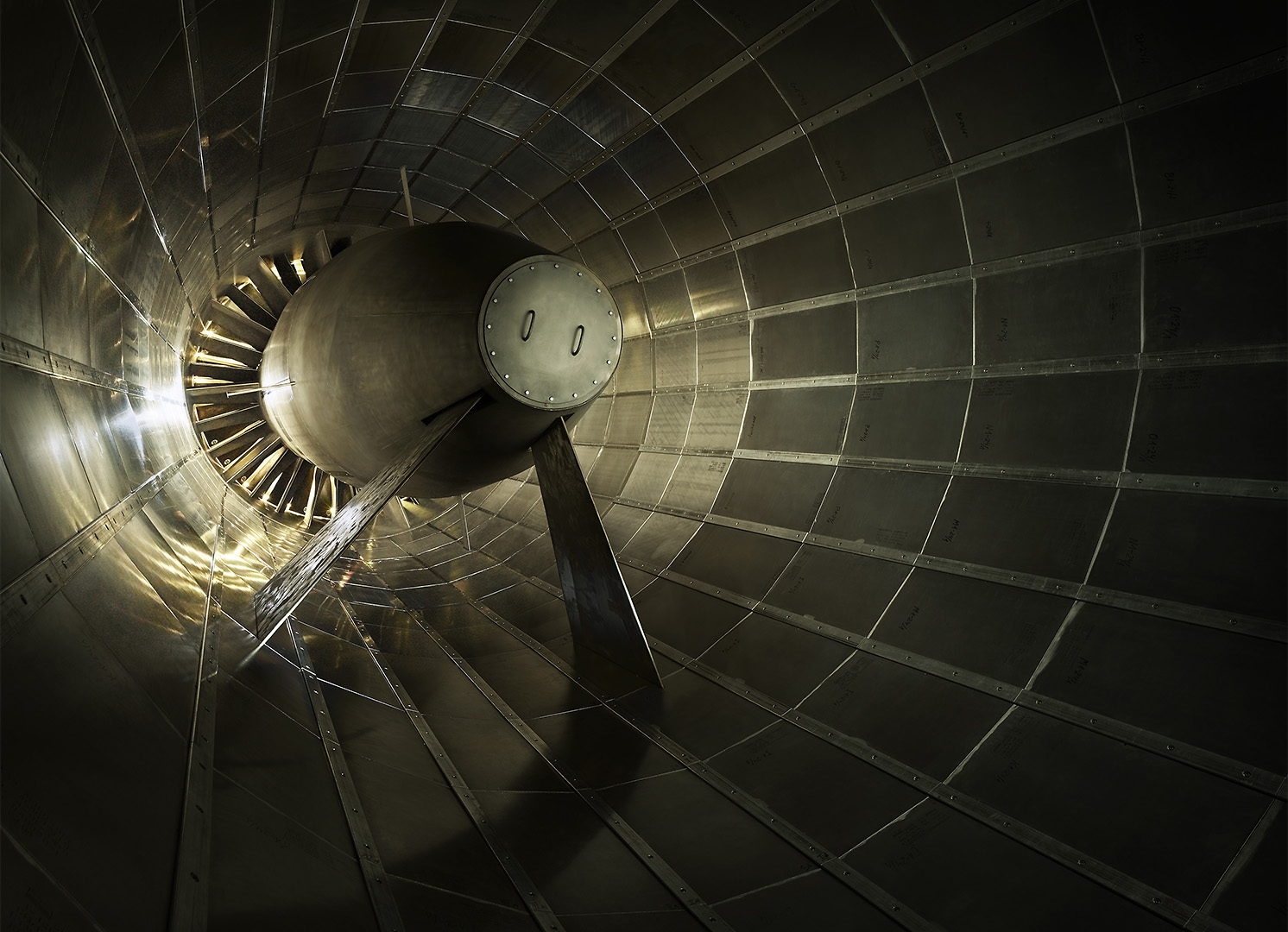 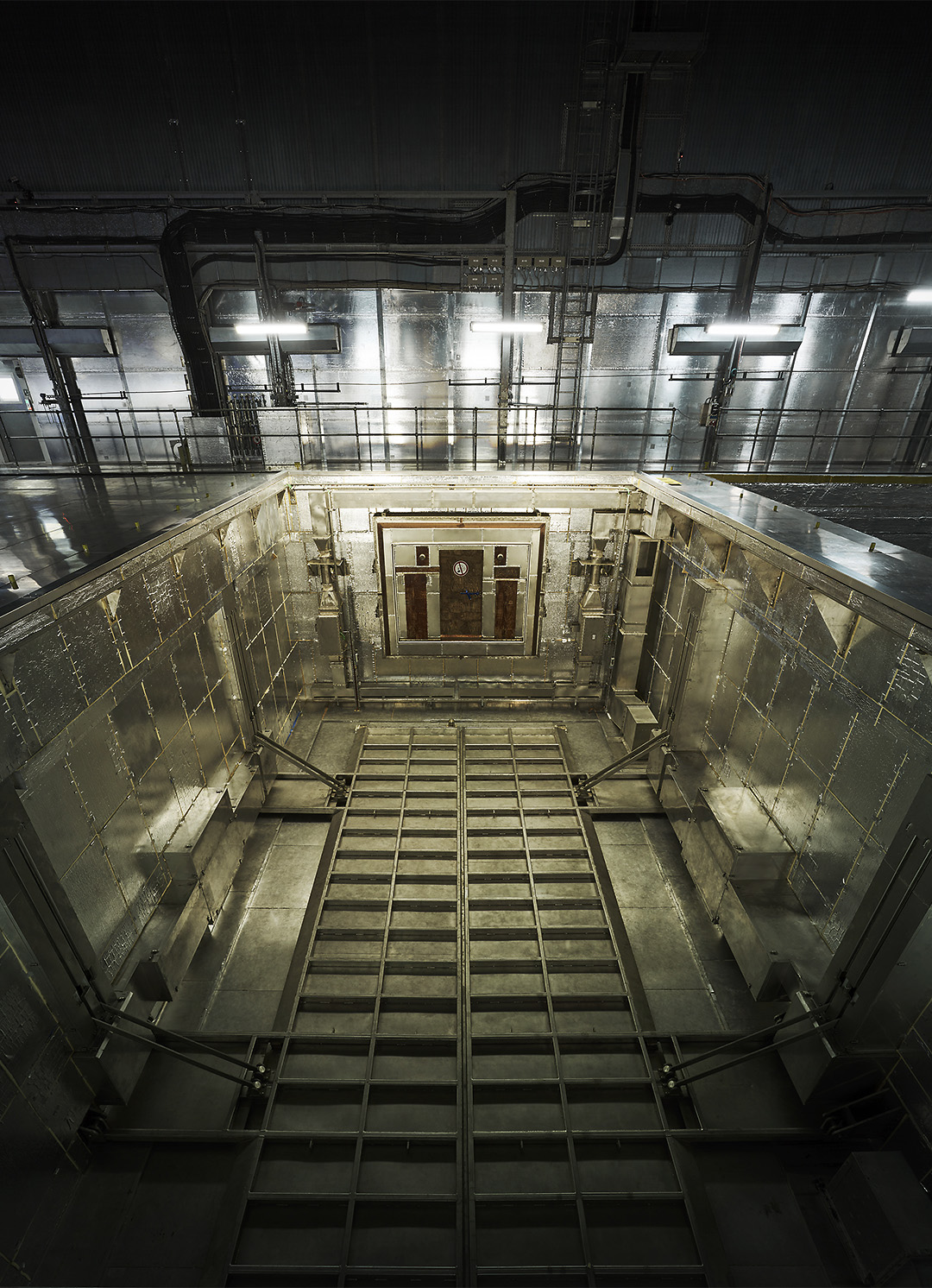 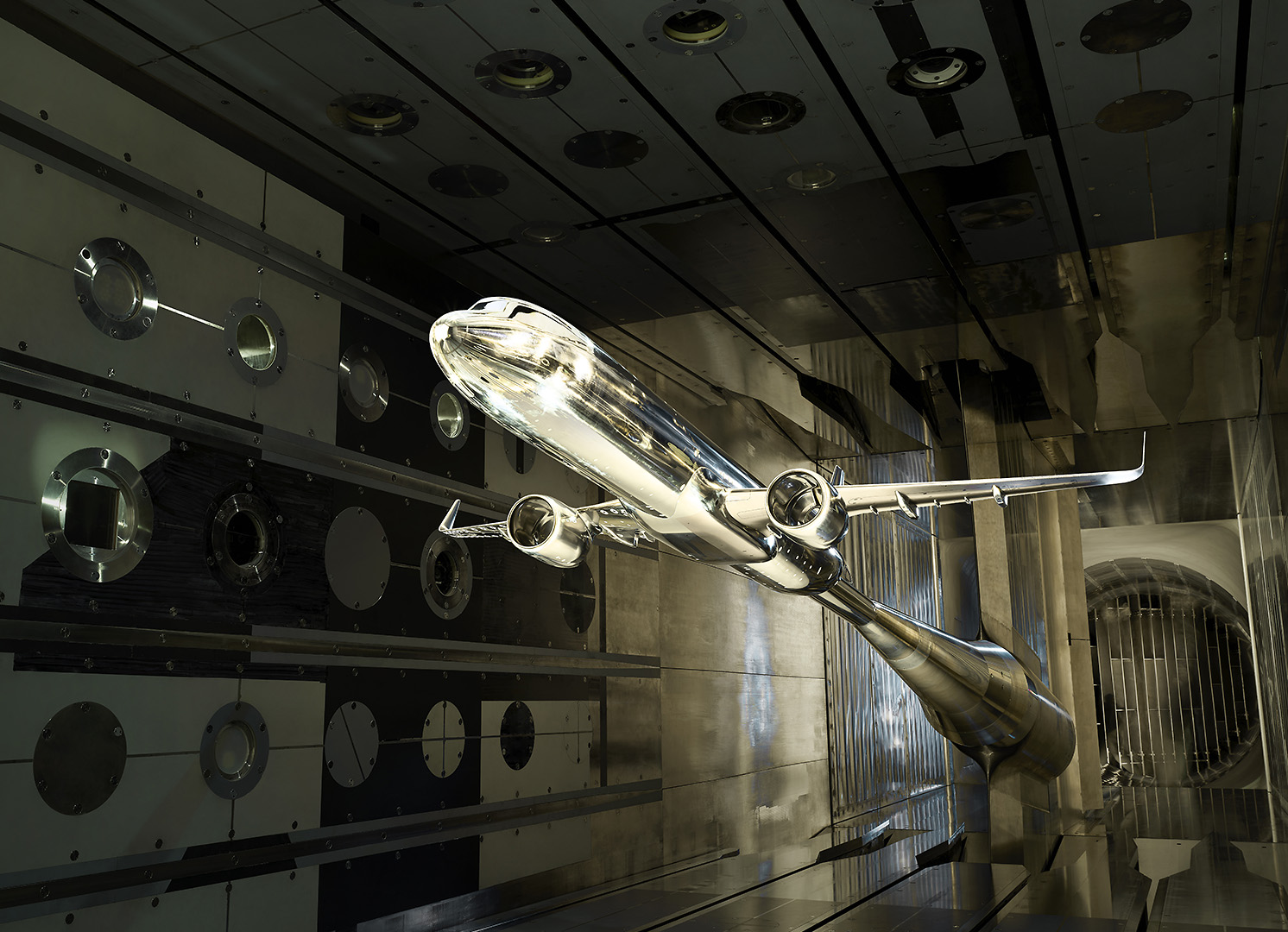 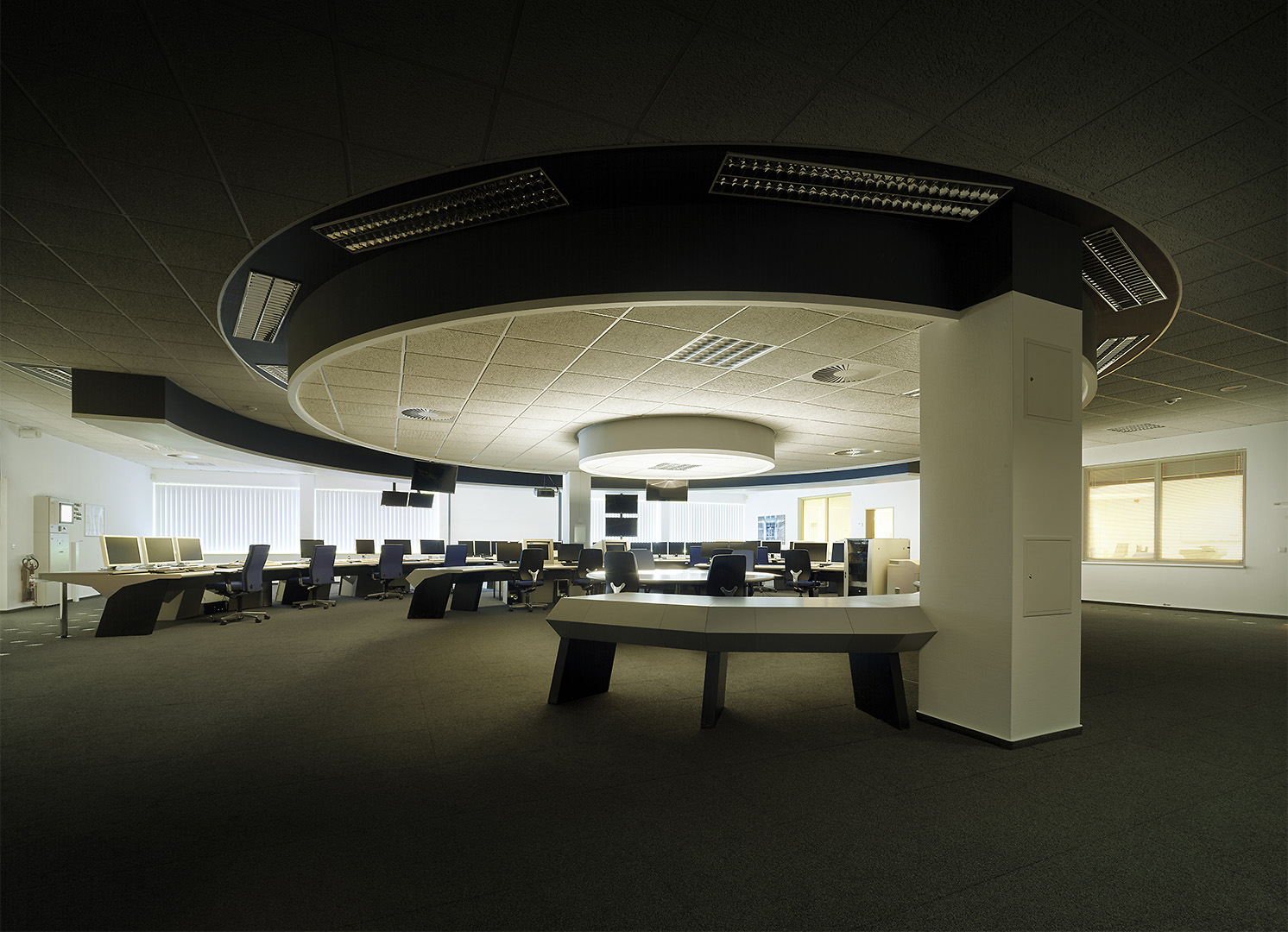 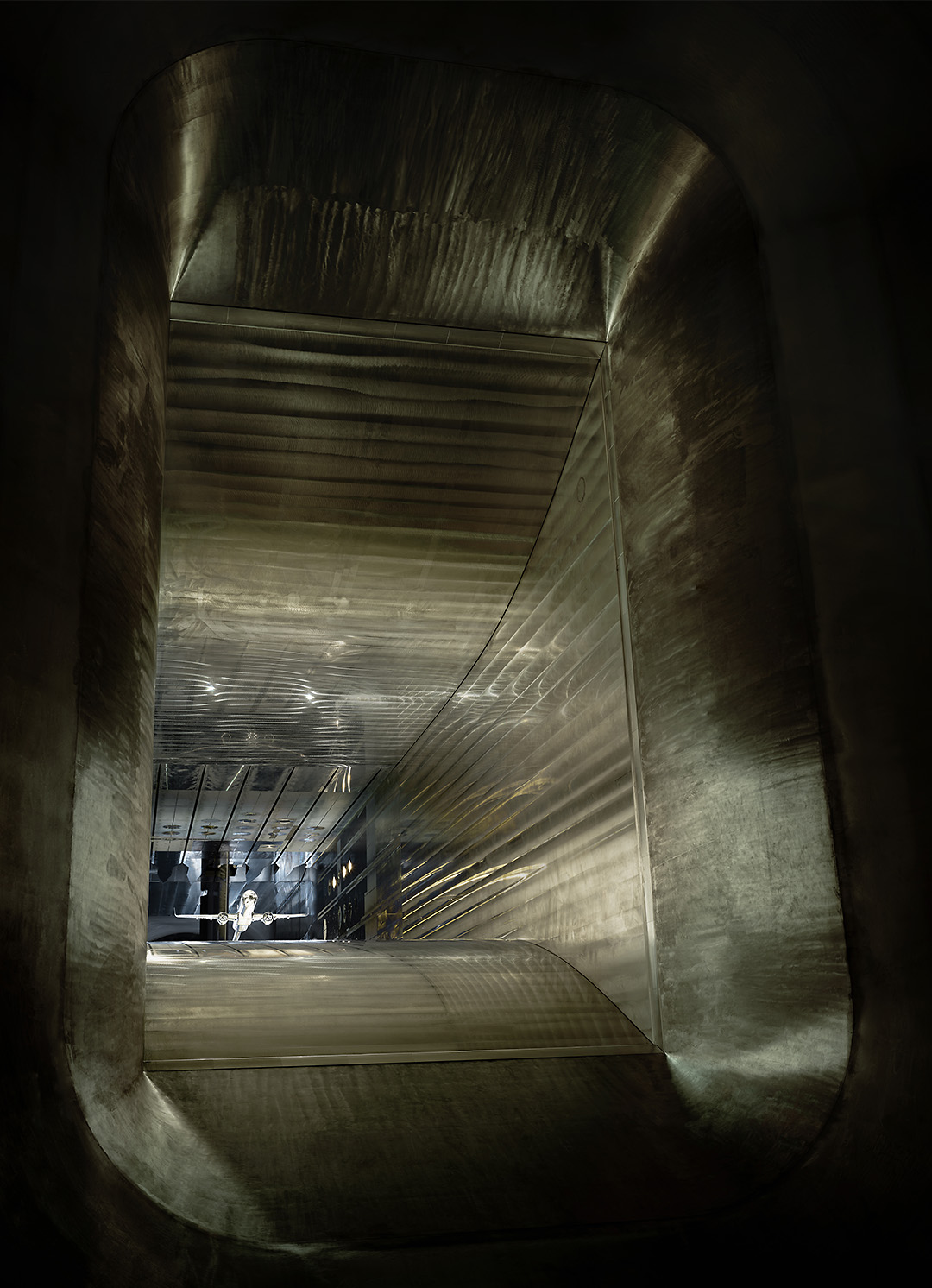 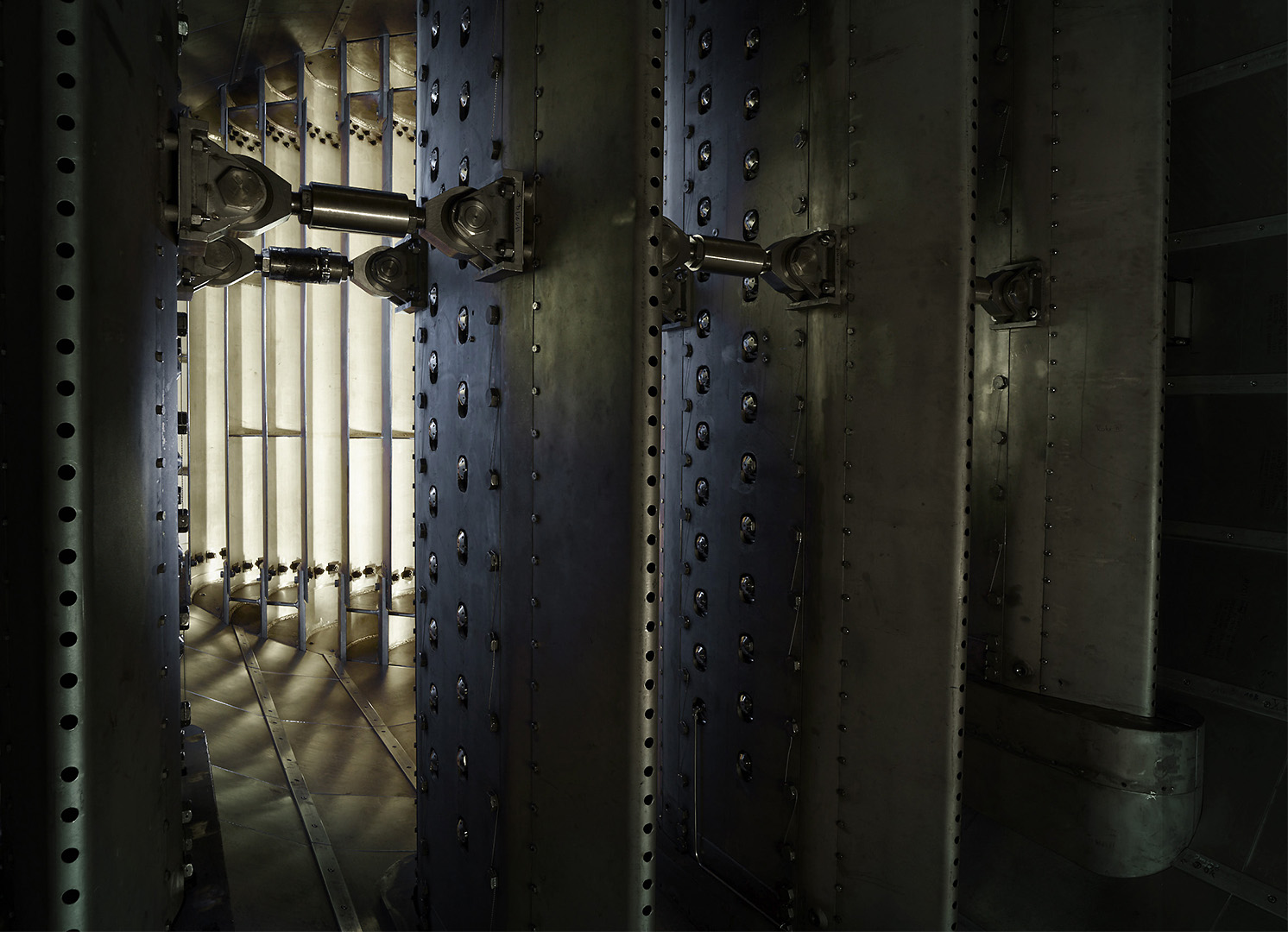 Just to give you an impression of the dimensions we are talking of here are some behind scenes shot on our mobiles.

The „control room“ had been the only take involving daylight so we had to completely darken it to form the same ambience fitting the other motifs of the series. 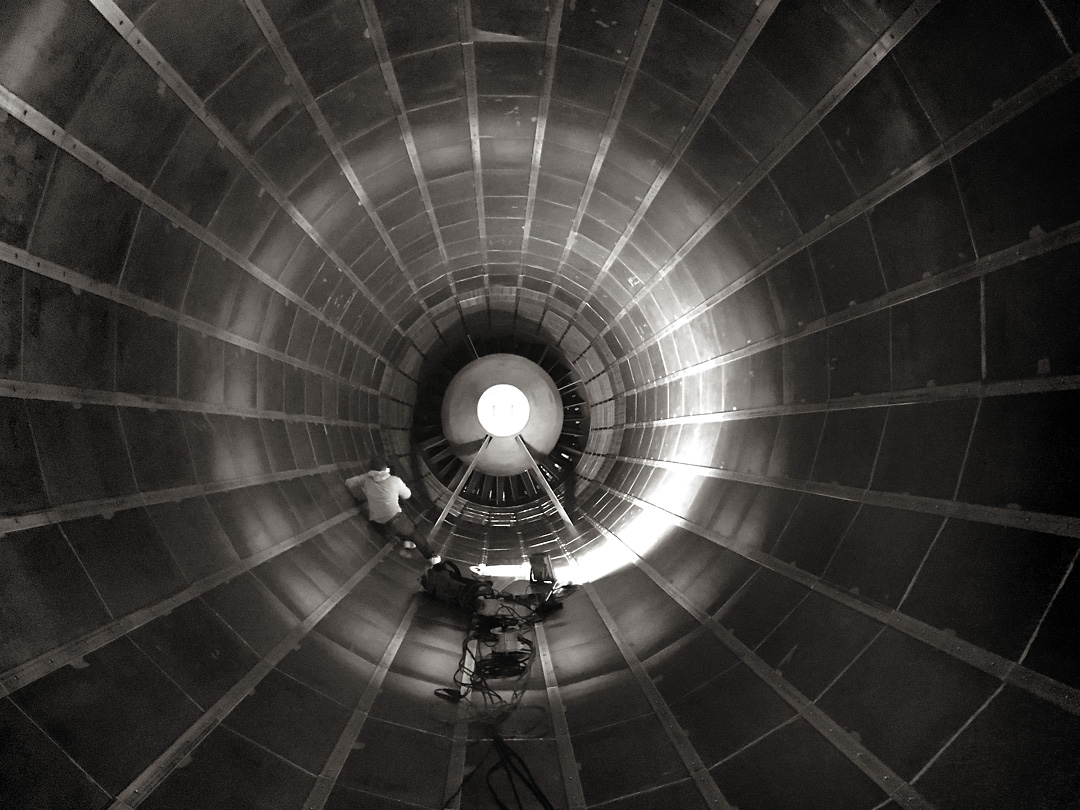 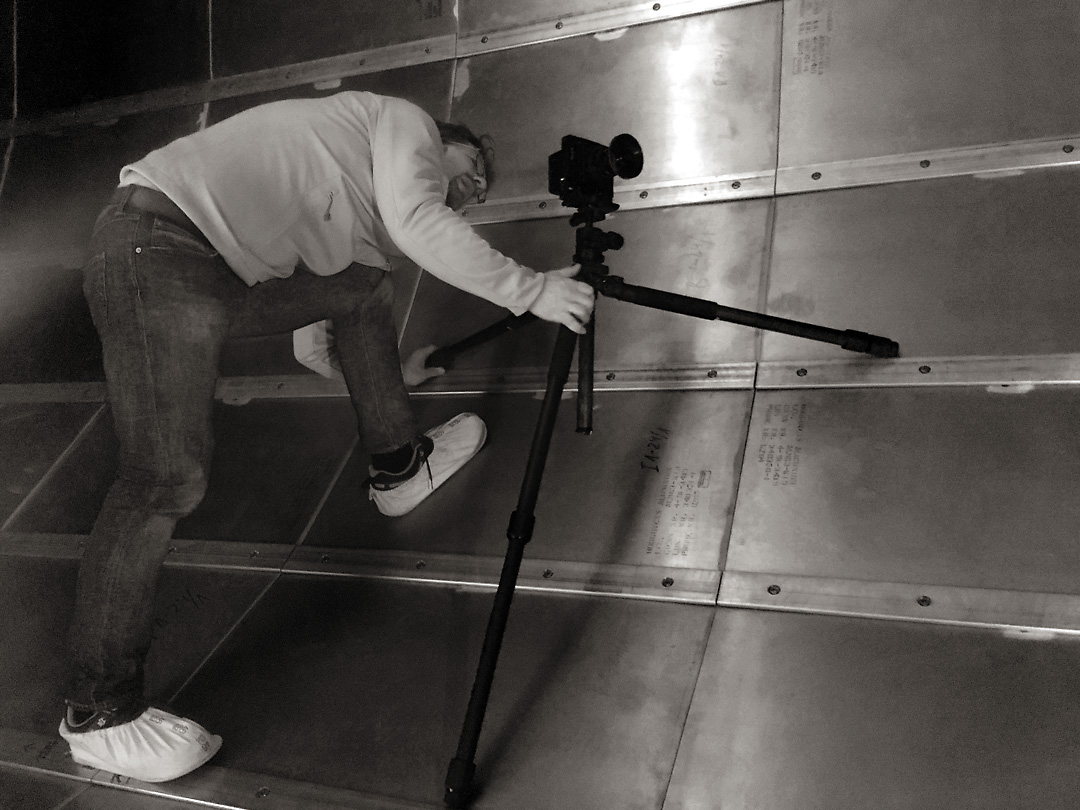 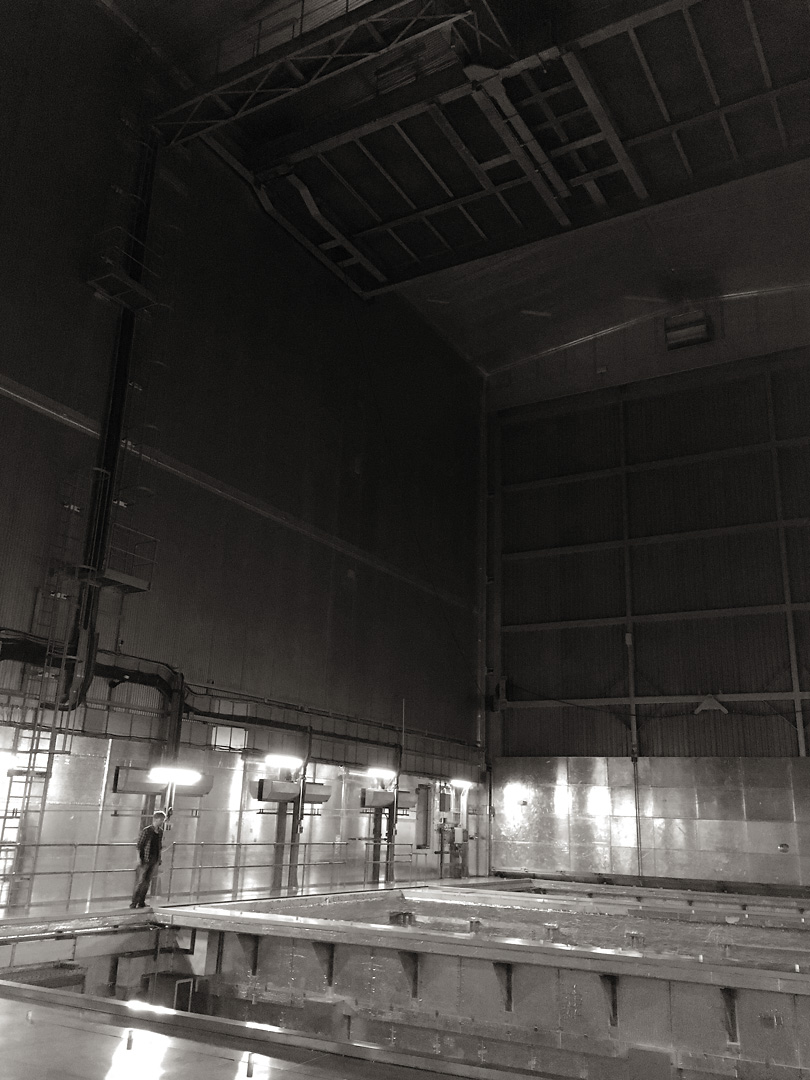 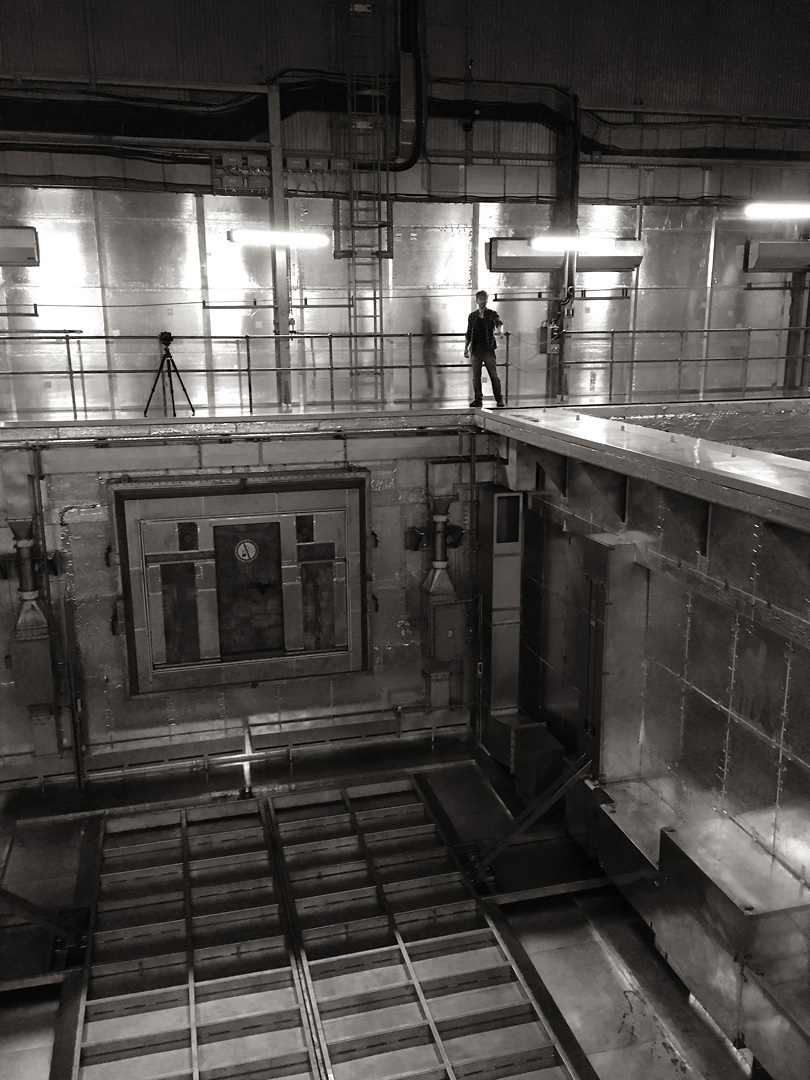 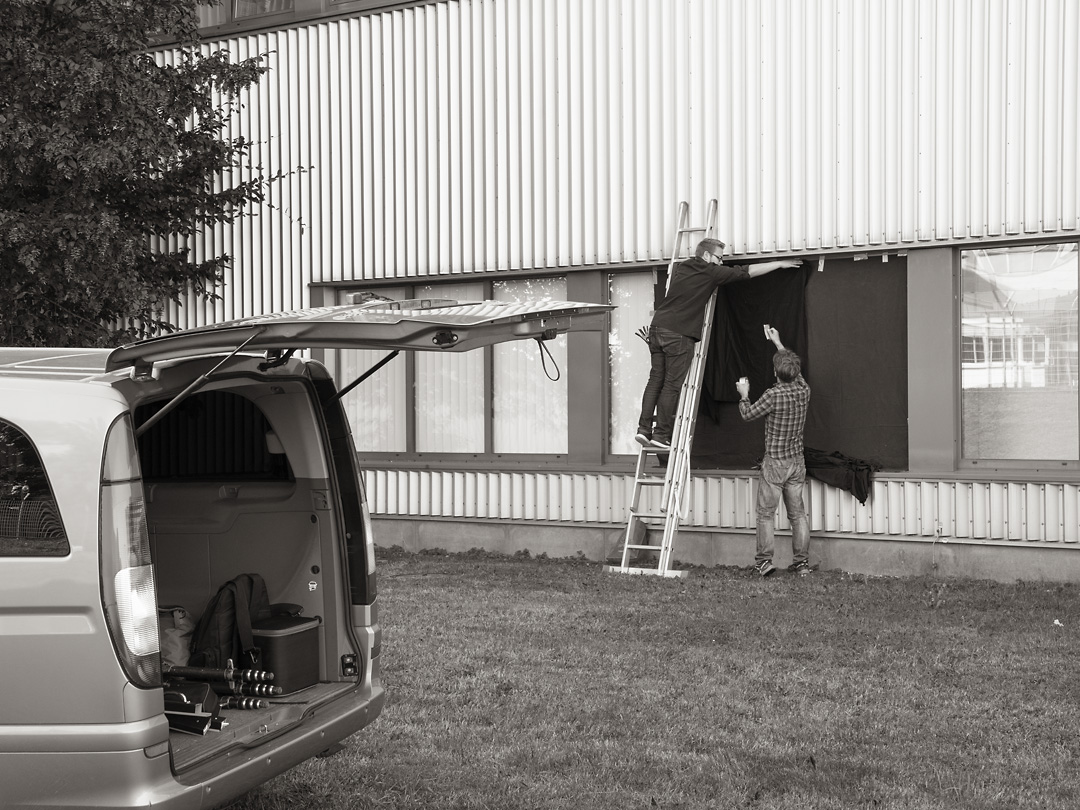 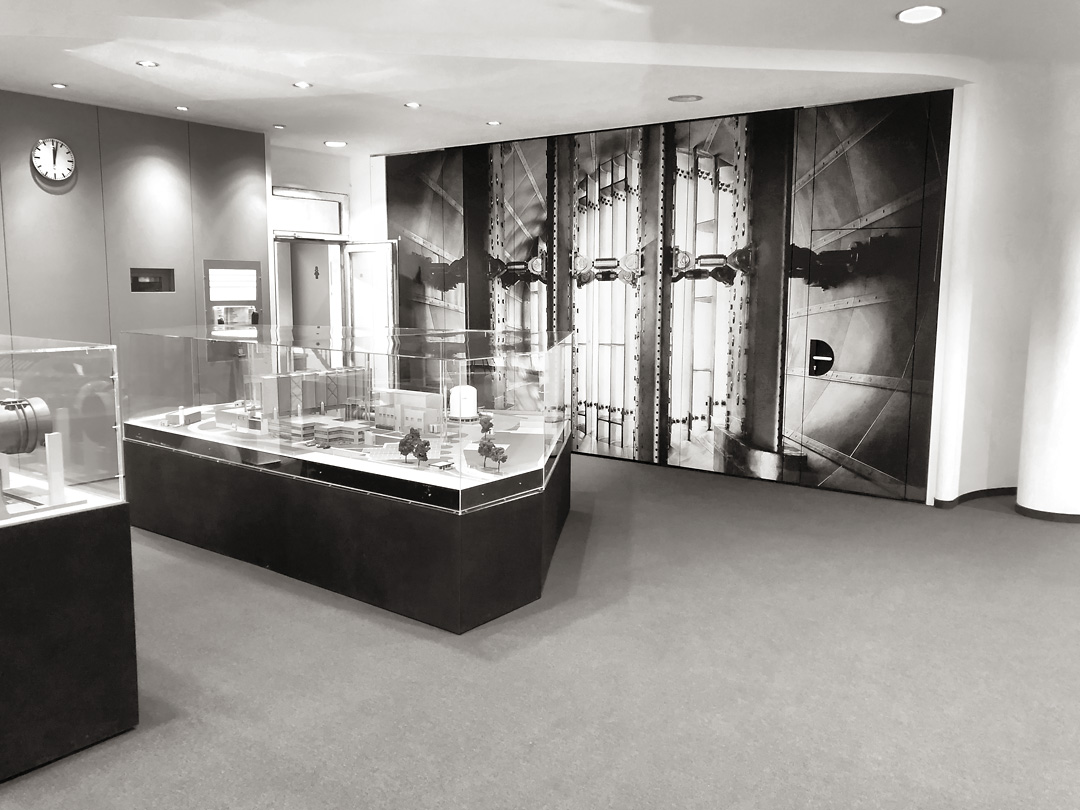